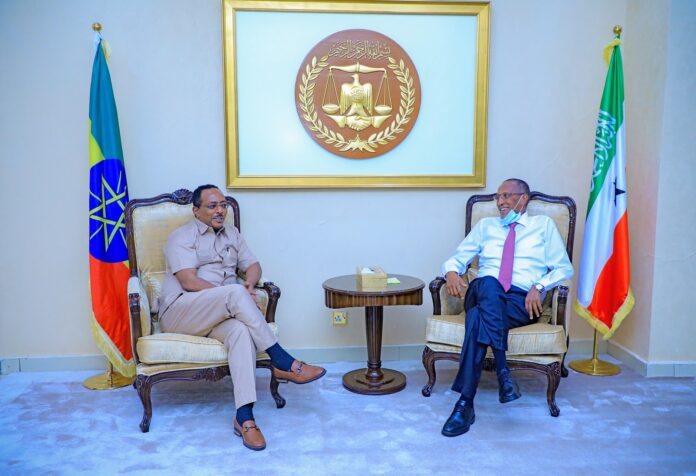 During the meeting, the two sides discussed ways to further forge the bilateral ties between the two states.

Trade between the two countries as well as Berbera corridor which is a vital route for Ethiopia’s imports and exports were also part of the talks.

The president together with the state minister of foreign affairs of Ethiopia further talked about completing the previous trade deals signed between Ethiopia and Somaliland.

The Head of State was flanked by the former deputy minister for foreign affairs who was shifted to the assistant health minister in a cabinet reshuffle. 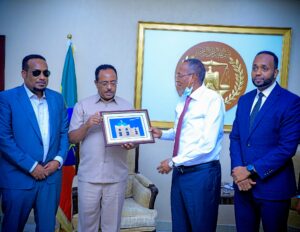 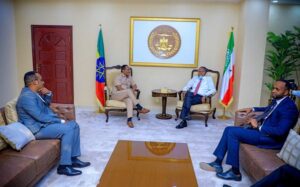 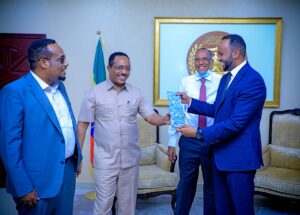 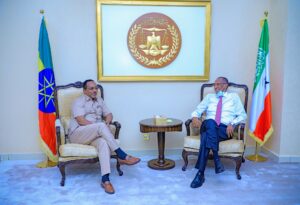 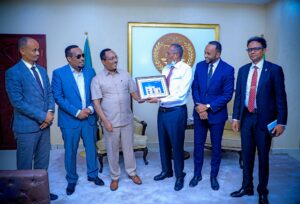 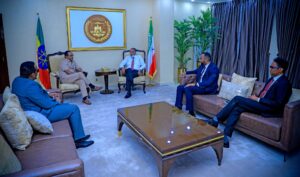