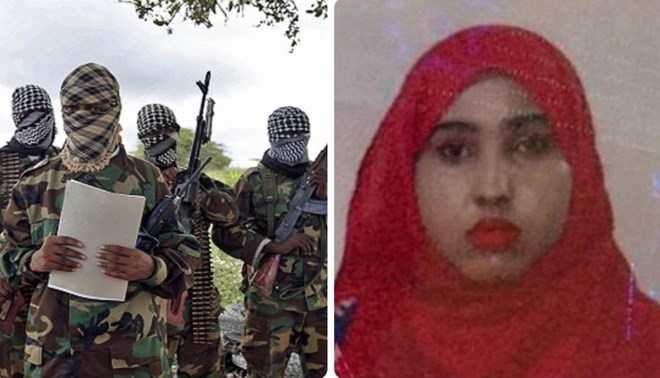 The militant group said that it did not kill nor being held accountable when it comes to the abduction of female spy Ikran Tahlil Farah.

We are not held responsible for the killing of the female Somali Intelligence official, the militant stated in a rejoinder 12 hours after the National Intelligence Agency, NISA blamed the group.

A statement released by Al Shabab has rejected the connection when it comes to the murder of Ikran Tahlil Farah.

The group said: ” We are not aware anything about the killing of Ikran Tahili who is NISA operative.”

The statement added that the group targets senior leaders of the anti-terrorism’s intelligence service (NISA) and we claim responsibility for their deaths but we have nothing to do with her abduction and killing.”

The response from Al Shabab comes barely 12 hours of NISA put the blame of the killing of Ikran to the terra group.

NISA said Al-Shabaab kidnapped and killed Ikran in a statement carried  by the state media.

Next kin of the female spy have on Friday abducted a young man in Beletwein who is the same clan of Fahad Yasin, NISA director.

The spy boss is accused of covering up the matter.

The mother of Ikran, Qali Guhad, has accused Fahad, NISA director that he had kept quiet over her daughter’s disappearance despite promising to update the family on the issue.