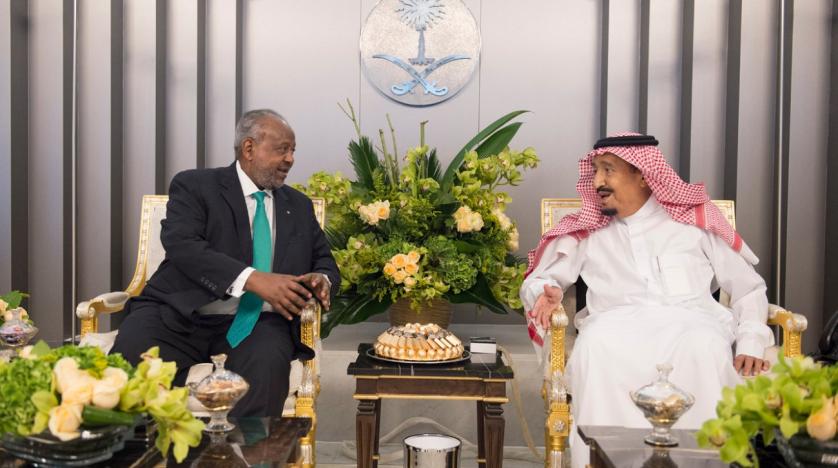 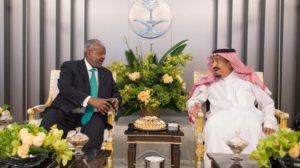 Riyadh – Fatah Arahman Youssef
President of Djibouti Ismail Omar Guelleh said that Saudi Arabia has assumed a vital role to normalize the relations between his country and Eritrea and to create a serious desire to reach a final settlement of the differences between the two countries. He stressed that such an endeavor was aimed at promoting peace, stability and development at the bilateral and regional levels.

In an interview with Asharq Al-Awsat, Guelleh expressed optimism at the future of relations between Djibouti and Eritrea, also noting that the Eritrean-Ethiopian agreement, sponsored by the Custodian of the Two Holy Mosques King Salman bin Abdulaziz in Jeddah, was the basis for the establishment of a comprehensive and lasting peace between the two countries.

“We welcomed this agreement, which constitutes an appropriate basis for the establishment of a comprehensive and lasting peace between the two countries and turns the page of long hostility between them. We support and commend the initiative of the Custodian of the Two Holy Mosques King Salman bin Abdulaziz in this regard,” the president said.

“We also affirmed that this generous initiative was not only a commitment by Saudi Arabia to promote peace and stability in the Horn of Africa, but also to reach a lasting peace between Ethiopia and Eritrea with an international blessing, which confirms that the Kingdom is one of the pillars of peace, security and stability in the region and the world,” he added.

Asked about the future of the relations between Djibouti and Eritrea, Guelleh said: “Relations between the two countries have remained cold for the past decade, but now we have entered the normalization phase thanks to the help of our brothers in Saudi Arabia and the countries of the region.”

He emphasized in this regard the presence of “goodwill and a serious desire to reach a final settlement to the dispute between the two countries, which would lead to greater peace, stability and development in both countries and the region.”

As for the relations between Saudi Arabia and Djibouti, Guelleh underlined the continuous collaboration at all levels, in addition to the presence of joint mechanisms for activating bilateral cooperation, “such as the Joint Saudi-Djibouti Committee, which represents a general framework for bilateral cooperation between the two countries in various fields and the Joint Business Council, which includes a group of businessmen in both countries.”