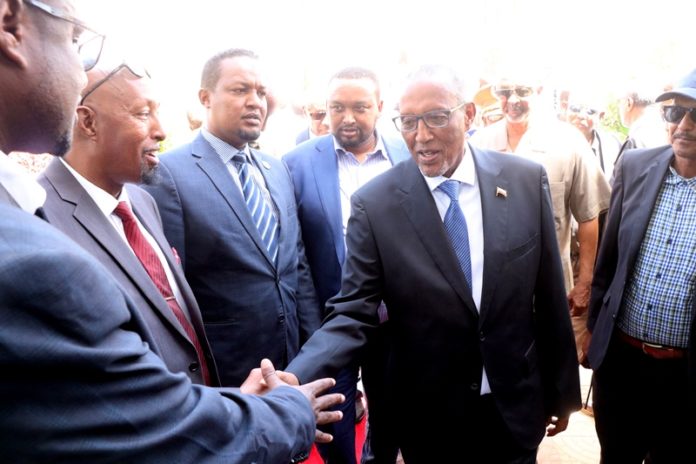 Hargeisa–President Musa Bihi returned home Sunday after wrapping up his three-day visit to the UAE.

The foreign affairs minister, speaking on behalf of the president has said that the delegation headed by the Head of State held bilateral talks with UAE leaders although he did not specify the officials that they met with. The FM, Mr. Yasin Faraton has stressed that the discussions between Somaliland president and UAE officials centered on boosting the cooperation on security. The FM further went on to say that the two sides have seen eye to eye on the joint cooperation combating against terrorism which are present in many places in the region. The second issue that was high on the agenda of the talks between the president and officials was the formation of company that will export livestock from Somalland markets and UAE markets will be used as a vehicle which exports them to where the need is.

The UAE injected a lot of money to the central bank in order to reduce inflation. The FM has revealed that the present also discussed with them on giving a helping hand on the central bank to get stronger so that it will tackle against high inflation that impacted on the economy.

The UAE is building a military base in Berbera, the strategic port and president has agreed with officials that the civilians and cargo will use the airport which is under revamp.