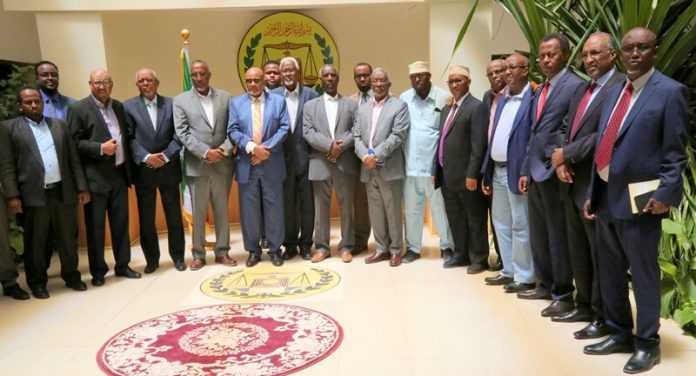 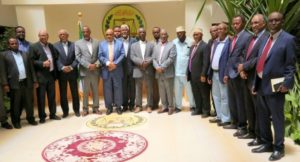 A new inter-working relations for the good of the nation as far as socio-economical and political aspects are concerned has got a booster jab in the arm as the three heads of the official political parties are expected to meet on Sunday (today).
Following a two-day summit of the three official political parties on Tuesday and Wednesday last week, the political scene is set for a new page of a new chapter in opting to work for the people of the nation following a conciliatory process to address simple bones of contentions in the political sea such that stability, development and peaceful co-existence and scenario may be solidified.
The VP announced that following the meeting a two prong system of address to iron out outstanding issues was formulated.
He said that one was a committee comprising the three political parties which will be charged with the task of addressing the upcoming general elections and associated issues.
The elections which are slated for the 19th of March is in danger of being postponed following the refusal of the major opposition party (WADANI) to participate if the NEC committee is not replaced.
The VP underpinned the fact that the traditional homegrown gesture of conciliations or reconciliation is set to be put in action to iron out minor difference for the smooth sailing of the nation towards everlasting peaceful stability and development.
He revealed that the President H.E. Musa Bihi Abdi will meet the other two opposition political parties’ head of Wadani and UCID Messrs. Abdirahman Irro and Feysal Ali Warabe respectively.
The President is the chairman of the ruling KULMIYE political party.
Their meeting, said the VP, was to be on Sunday the 23rd of September (today). Of note is the fact that they are to ponder on all issues that appertains to internal and external aspects that borders on social, economical, political and security issues, especially in the face of the on-gong regional and world political changes and spontaneous re-alignments.
Of note, he pointed out, was the reconciliation of the political divides and underlying differences triggered by past electioneering fall-outs hence to be cemented is the harmonious and peaceful setting which is important for the development of the people and the nation at large.
Important is the fact that the resolve to indulge into the above issues is one that has been greeted with a sigh of relief by the populace.
Both the opposition leaders echoed the same intention and similarly acknowledged the meetings and the agenda.