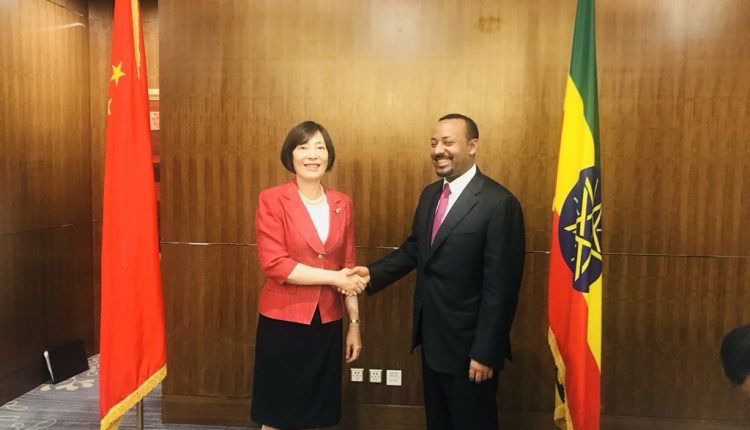 They discussed ways to strengthen cooperation and partnership on foreign direct investment (FDI). 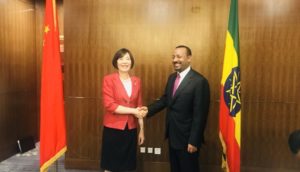 The Premier arrived in Beijing yesterday to attend to attend the 7th Summit of the Forum on China-Africa Cooperation (FOCAC) scheduled to take place on 3-4 September 2018.

PM Dr Abiy and Hu Xiaolian discussed ways to strengthen cooperation and partnership on foreign direct investment (FDI), according to Fitsum Arega, Chief of Staff at the Prime Minister’s Office.

They agreed to look into restructuring of Ethiopia’s loans, he said on Twitter.

According to the Ministry of Foreign Affairs of Ethiopia, about 400 Chinese investment projects with a combined capital of 4 billion US dollars are in full operation in Ethiopia.

Of the total 400 investment projects, over 100 were established in joint venture with Ethiopian partners.

The two countries have also established sustained progress in infrastructure, finance and cooperation in trade.

During his stay in Beijing, Prime Minister Dr Abiy is also expected to discuss with Chinese President and Premier Xi Jinping and Li Keqian, respectively, on the sidelines of the Forum.