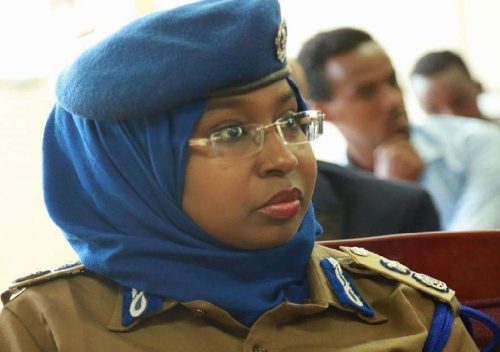 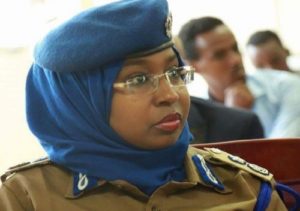 Somali President Abdullahi ‘Farmajo’ Mohamed, has appointed Zakia Hussein to the position of general and deputy chief of the Somali Police Force.

Zakia becomes the first woman to hold such a top position in Somalia.

With over 14 years of experience, Zakia has had many firsts. She was appointed the new Director of Community Policing at the Somali Police Force in 2014, making her the first woman in many years to hold such a senior position. Before that, she had been the chief commander of community policing and public relations at the Mogadishu-based national agency.

Zakia is a proponent of gender equity and has been an advocate for the youth, serving as the secretary general of the Hanoolaato Party, a Somali youth advocacy group.

With a Master’s degree in International Relations and a postgraduate certificate in Diplomacy in Islam, Zakia has also worked as the programme manager and researcher for the Heritage Institute for Policy Studies and a part-time university lecturer at the University of Somalia.

Many Somalis have welcomed the move.