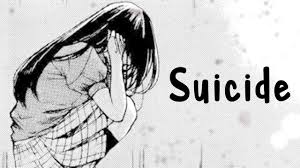 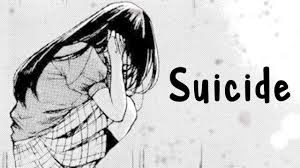 AN Ethiopian domestic worker committed suicide days after she was fired, the GDN has learned.

Miskiya Abaraya Abadure, a 35-year-old mother of two, was found hanging from a towel rack inside the toilet of a manpower agency that brought her to Bahrain.

An official from the agency told the GDN that she found Ms Abadure at around 11.30am last Tuesday in their office in Gudaibiya.

The official, also an Ethiopian woman, said Ms Abadure was distressed over an incident that happened at her employer’s home in Riffa after which she was returned to the agency on August 5.

“She was working with the family in Riffa for over two months when we received a call from the employer that she was unwell,” she said on the condition of anonymity.

“Miskiya spoke to me the next day and said that the employer’s young son, aged around 10, did not like a dish she made and told her that he would kill her if she made it like that again.

“She told me she was scared to work there any longer so I asked her employer to return her to us.

“They brought her back on August 5 and I asked the employer about the boy’s comment, which they explained was a joke.”

Ms Abadure then moved in to the agency’s accommodation located in the same building as the office.

The official explained that Ms Abadure insisted on continuing working in Bahrain and that the agency was in the process of finding her a new employer when she took her own life.

“She came to the office that morning and was speaking to her brother in Ethiopia for almost an hour,” she said.

“In between I saw her crying and she was angry as well, and then she went to the toilet with the phone.

“After almost 15 minutes I knocked on the door and she said she was taking a shower, but after almost 45 minutes, there was no response and we looked inside through the ventilation window and found her dead.

“Police came and found that she used her own abaya to hang herself from the towel rack.”

Residents in the area told the GDN that the woman was seen attempting to jump from the first floor balcony two days before the incident.

However, the agency denied having knowledge of this.

“We don’t know about this,” added the official.

“However, we understood that she was mentally disturbed and we had taken an appointment at Salmaniya Medical Complex (SMC) for August 16.”

A representative from the Ethiopian Consulate in Bahrain said they were aware of the suicide and were in the process of repatriating the body.

“The body is in the SMC morgue and we only know what the manpower agent told us,” said the representative.

“We are in touch with the family and we are waiting for the police formalities to be completed for repatriation.”

The GDN reported last week on a case where an Ethiopian domestic worker was abused by her employer’s daughter.

A video circulating online showed the maid being beaten up by the woman, following which the latter was arrested and confessed during questioning by the Public Prosecution.

The woman has been charged with assault and will stand trial.

The GDN has identified the victim as Birke Hailubekel, who is currently being housed at the expat shelter run by the Labour Market Regulatory Authority in Sehla.

On June 15, another Ethiopian maid jumped from a third floor window of a Riffa apartment in an attempt to escape her employer who allegedly tried to strangle her.

Jemanesh Muhammed Ali, aged 26, suffered fractures and underwent surgery at the BDF Hospital before being sent home on August 10.

According to the consulate representative, the LMRA provided with the woman an air ticket back home and her employer gave her a month’s salary.