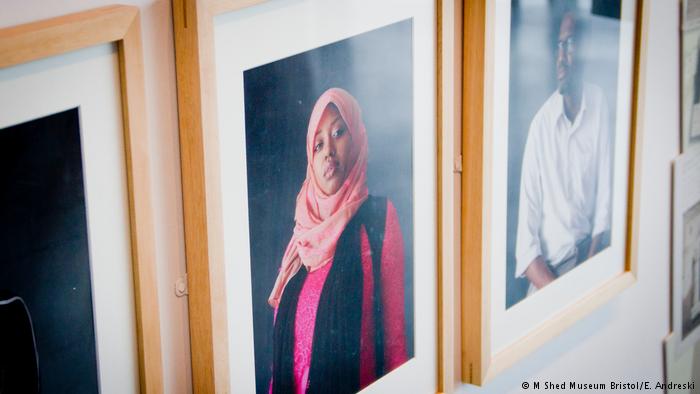 In multi-cultural Bristol, Somalis were marginalized, which effectively hampered the integration of one of the UK city’s fastest-growing communities, until a museum started telling their stories. 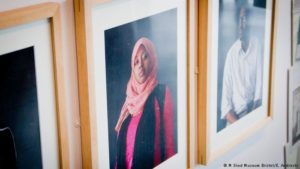 In the port city with trade ties to Africa and the Americas since the 16th century, the fastest-growing segment of the population defined as black and minority ethnic (BME) in Bristol is Somali.

In fact, the UK is home to the largest Somali community in Europe. War and unrest in the the Horn of Africa country has generated a significant global diaspora since the 1990s. Despite the size of the Somali community in Bristol, they weren’t particularily visible or vocal, until recently.

In 2016 the city launched a Somali festival, which gave rise to an an exhibition in April 2018 that centred on the community. The exhibition is about to be digitized online by Bristol City’s M Shed museum, which captures the history of the city and its people. Telling their own stories

The exhibition itself was fairly simple, consisting of photos and written and audio records of residents who talk about  the idea of home, their lives in Bristol, achievements, hopes and dreams. It showed the diversity in the Somali community: women in hijab with first-class degrees and doctorates, young people born in the UK who still feel home is in Hargeisa or Djibouti, and those who regard themselves as Bristolian first and foremost.

Somali-born Mohamed Djama Hassan, who features in the exhibition, has been a British citizen since 2007. He calls Bristol home but, like many Somalis, is used to juggling several identities at once. “I usually identify as Somali because that is what I grew up with and that is the main identity that had a lot of influence on my life,” he tells DW.

“Even though I consider myself and see myself as British, sometimes in certain conversations or discussions [people will] ask: ‘you, what are you really doing here? Are you not thinking of going back home?'”

“When will these people realize that you are really British and you are not going anywhere?!” he exclaims. How do you identify yourself?

The curator of the M Shed museum, Finn White, asked participants how they identify themselves and what they associate with being Somali. He identified togetherness as a common thread. Sometimes though that has tended to isolate the community.

The two-way integration that authorites in Bristol want to see can occasionally be misunderstood, explains Abdi Mohammed, a director of the Somali Media Group, who took part in the exhibition.

“Integration: What does that mean to us? Is it in terms of culture? Is it in terms of assimilation which is sometimes very difficult? For me it is, [asking the question]: are we contributing?” Contribution is how integration should be measured, he feels. Many young Somalis identify themselves as Muslim first and foremost and then the other parts of their identity follow.

The problem with labels

In the UK, Somalis are often not seen as a group apart but as part of the wider black and minority ethnic community. But that ignores the complexity of identities within the Somali community itself, says Sado Jirde, director of the Black South West Network in Bristol.

The ‘Islamic’ label can also present difficulties to integration for the host society because of the negative connotations that have become associated with Muslims since 2001 and the so called ‘war on terror.’

This has made younger Somalis even more determined to identify themselves first and foremost as Muslims, Jirde suggests.

“If you are Muslim your Islamic faith is very much what you see every day defined in a very negative way. So it is political. How people identify, it is quite complex, it’s very much informed by how people feel in terms of their surroundings.”

And it’s not just angry young men who are feeling that they need to stand up and be counted. Sado explains she took up wearing the Hijab following the Brexit referendum in 2016.

“A lot of people didn’t even know I was a Muslim. But after the [Brexit] conversation, then Trump came in and I thought I need to be counted and I want to be a Muslim visibly. If somebody is annoyed by that then so be it.”

Three days after the Brexit vote, Jirde was hit on the head with a potato in the town centre in what she says was a ‘racist type attack.’ Mohamed Djama Hassan, like many Somalis, juggles several identities at once. Born in Somalia, he’s been a British citizen since 2007

Bristol’s Somali community is concentrated in the east of the city, around Easton and Lawrence Hill. Easton youth worker Mohammed Ali works with police providing intercultural training. In his experience, if you are young and black, you are more likely to be stopped by the police.

The reputation of young Somali men in Bristol was partly tarnished by a high profile conviction of a drugs gang accused of grooming and gang-raping underage girls a couple of years ago. This small minority shouldn’t detract from all the contributions the community is making, thinks Mohammed.

Around the corner from the community center are a couple of streets lined with Somali businesses. Money exchange facilities, internet points and convenience stores sit next to taxi companies and restaurants.

The director of the Somali media group, Abdi Mohammed, who works from an office in the area, says the key to the future is all about understanding the social, cultural and economic wealth that the Somali community can bring to Bristol. The exhibition had a positive effect in the city, according to the curator Finn White.

“It’s been non-stop really in terms of comments from non-Somalis saying thank you, we didn’t know this before. I think we provided that opportunity to listen to these stories and at these events to actually talk to some real people.”

Seeing themselves and their stories celebrated on the wall has galvanized the Somali community too. Finn White has a strong image of Somali teenagers, who weren’t in the exhibition, lining up to take selfies in front of it and young Somali school children rushing up to the exhibition to touch and gaze in awe at seeing people like them reflected back at them from the walls of an institution. He thinks that this opened up the museum itself to groups who had previously felt excluded; and has contributed to the ongoing dialog in the city where everyone sees the value in the communities which make Bristol their home.

Sado Jirde, who came up with the proposal for the exhibition, would agree. She thinks publicizing ‘normal’ people’s stories for everyone to read has helped break down barriers, barriers which she thinks sometimes are exacerbated by the media. It has given her hope for the future of Britain and her future within the city.