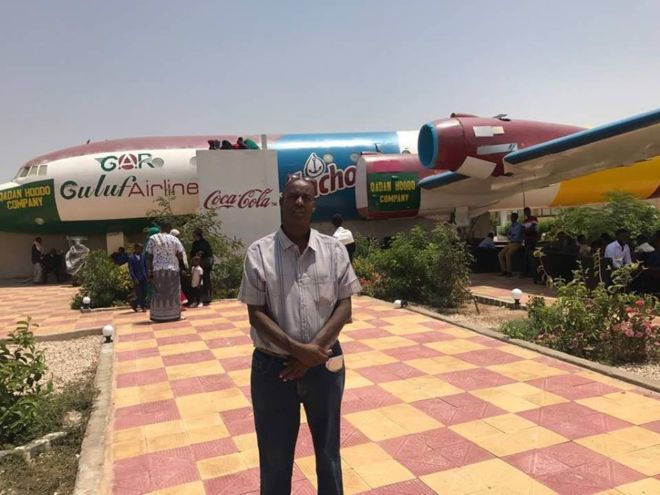 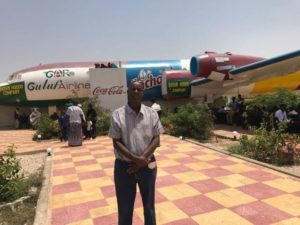 Hon. Khadar Hasan, the man who opened restaurant inside the old plane.

Somaliland businessman, Hon. Khadar Hasan Daud has become the first to have opened a restaurant inside an old plane in Hargeisa, the capital city of Somaliland. The plane  which used to transport passengers from Somaliland into the neighboring countries stopped operations due to mechanical failure according to him. Actually the idea occurred to Khadar who has returned from the UK and used to run travel agency back in London and had much information on the condition of the plane. Khadar said that having seen ships turned into restaurants that he occurred why not turn into the plane which he used to book tickets for passengers. He said that he does  not only serve traditional food  in the plane but also other food is available. Some of the customers who have gone to the plane restaurant were pleased with the new idea. Ms. Sainab Muse, a client with children said that it was the second time that she has eaten at  a plane turned into a restaurant. She has said that she saw plane restaurant in Addis Ababa, the Ethiopian capital. This is one of the progress that the country has made remarked Sainab. Finally, Mr. Khadar has concluded by urging those in the diaspora that the country can be invested in. 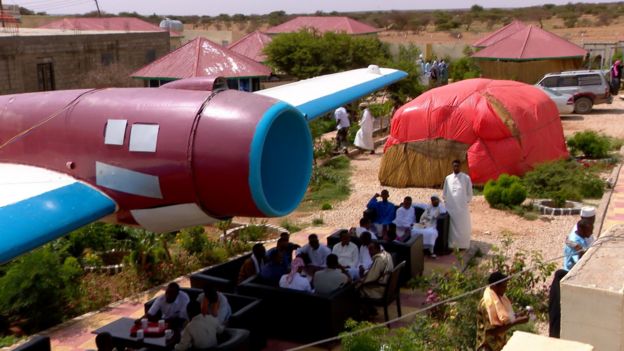 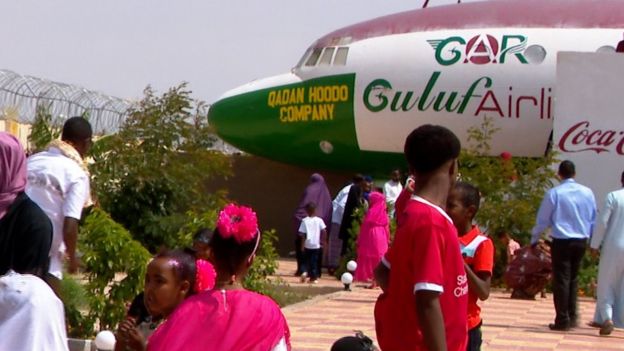 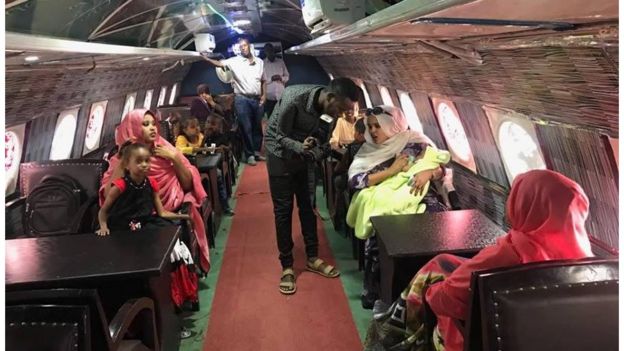