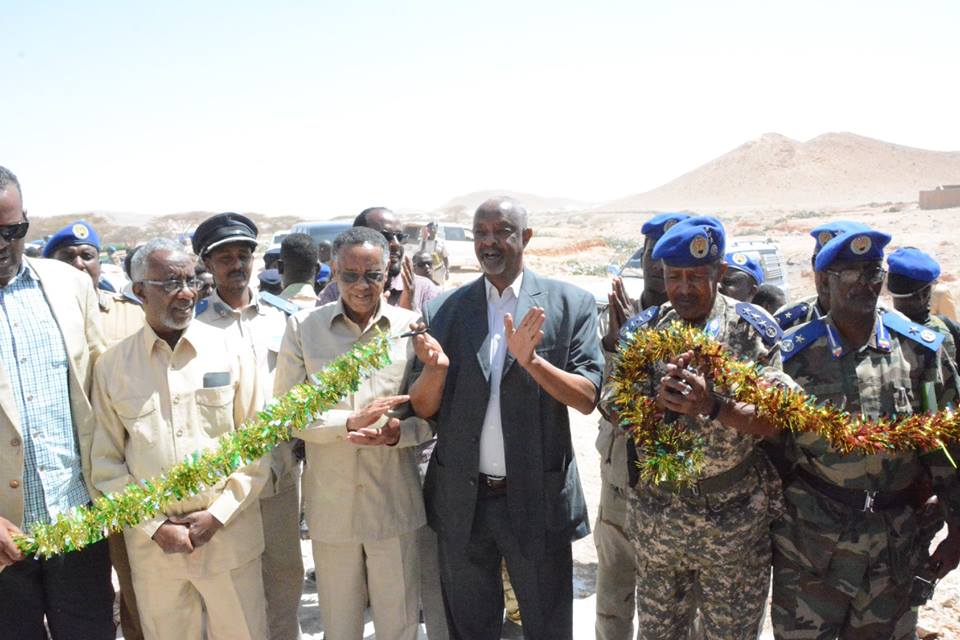 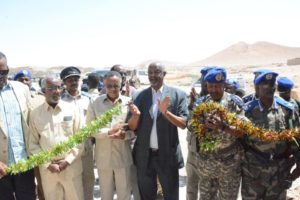 LASANOD—Lasanod main police station reopened after it has been repaired.

A delegation led by the interior minister, Hon. Mohamed Kahin Ahmed officially opened the police station after it was revamped. The minister has also opened two police stations located in Sayidka and Farxaskunle villages in Lasanod, Sool’s provincial capital. New buildings were incorporated to Lasanod’s main police station which is part of boosting the towns security. The projects were ordered thanks to the steward leadership of president Musa Bihi Abdi eversince he assumed the presidency. Sool’s commissioner, Hon. Abdirashid Hussein during a speech delivered at the opening ceremony has asserted that the incumbent Head of State has paid the funds for the renovation of all projects in Lasanod. All stressed that these buildings will beef up the city’s internal security and thwart any threat against foes.

It was urged that the chief regional police and the residents must preserve and protect the new buildings. Hon. Kahin as the minister of interior called on all residents to work in solidarity in observing peace and stability in the region. Finally, Somaliland’s House of Assembly speaker, Hon. Bashe Mohamed Farah spoke by thanking the delegation and the president for implementing such projects in Lasanod.