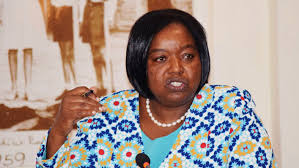 The mission behind the Kenyan diplomatic delegation was to oversee the preparations of inaugurating Kenyan consulate in Hargeisa.

The delegation was greeted by officials from Somaliland ministry of foreign affairs.

They made an inspection to the right location for establishing the would be Kenyan liaison office in the republic of Somaliland.

The three Kenyan diplomats flew back to Nairobi on last Friday.

The govt of Kenya announced on several occasions that it would open its consulate office in Somaliland but this is the first time that it had dispatched three officials to conduct inspection tour to the right location for setting up  the liaison office.