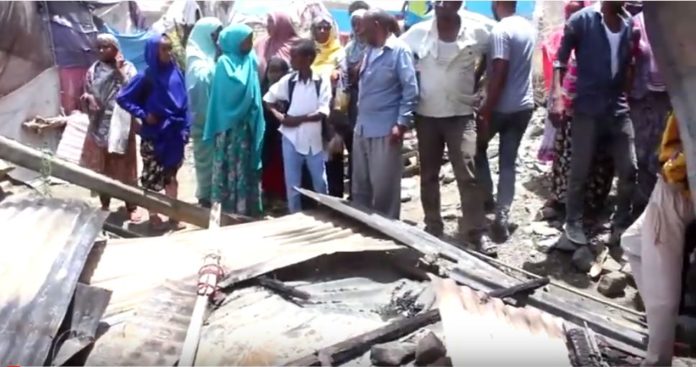 Three young girls lost their lives on Sunday in a house fire after they were locked inside. The blaze transpired in Jarka village which lies in the south of Borama, Awdal’s provincial capital. The three children aged 6, 4 and 2 according to Borama fire fighters brigade. The fire fighters were informed about the blaze at around 10:13 am and arrived the scene of the fire at around 4 minutes later. The problem cited by the fire brigade in Borama is that the locals are not familiar with the 990 while they were calling 999 for the fire brigade number. The fire fighters also said that the house locked hindered their progress towards extinguishing the fire and rescue the lives. They also stated that crowds who gathered around the house was a huge problem to put out the flames. The three dead bodies have been taken to Borama hospital.