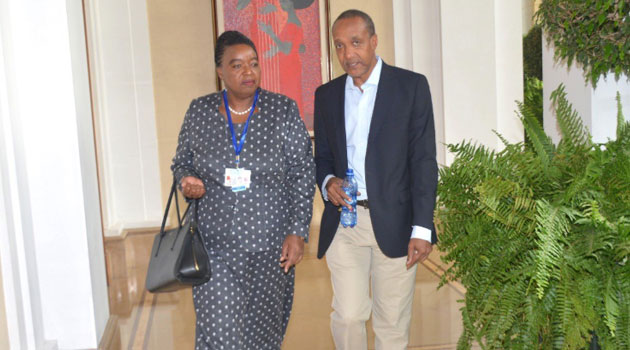 “These acts of terror pose a common threat to our community of nations and underscore the need to work closely together with our strategic partners in the international fight against terrorism and violent extremism to deal decisively and conclusively with this threat to international peace and security,” he said.

The terrorists used civilians as human shields staging the longest attack since Al-Shabaab was forced out of Mogadishu in 2011.

On October 14, 2017 a truck bomb in Mogadishu claimed the lives of at least 300 people prompting the United States military to increase airstrikes to degrade the capacity of Al Shabaab in support of the African Union Mission in Somalia.