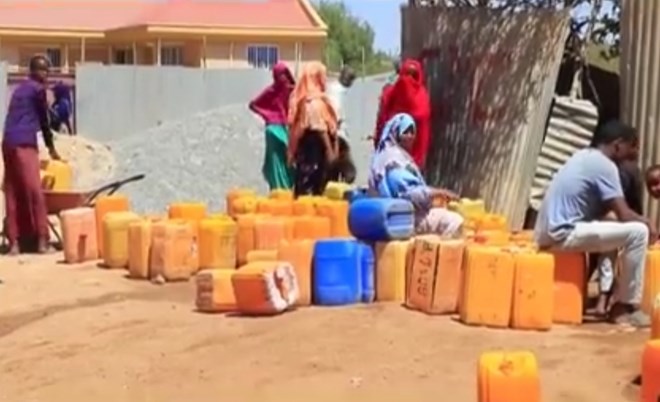 Hundreds of Jigjiga residents have experienced an accute shortage of water. The frustrated residents have had to sacrifice part of their time carrying jerrycans on hunt for fresh water. According to reports confirm that Jigjiga, the administrative seat of Ethiopia’s Somali State faced with the lack of potable water for quite some time. Water could be found in certain parts of the villages in Jigjiga but the problem has become widespread. The only way to get water is the use of donkey carts where a barrel of water costs 120 Birr while a jerrycan of water costs 20 Birr. Jigjiga Water Agency promised to do something about the shortage of water that the city has experienced. A recent census conducted in 1997 revealed that Jigjiga is a home to a total population of 65,795.