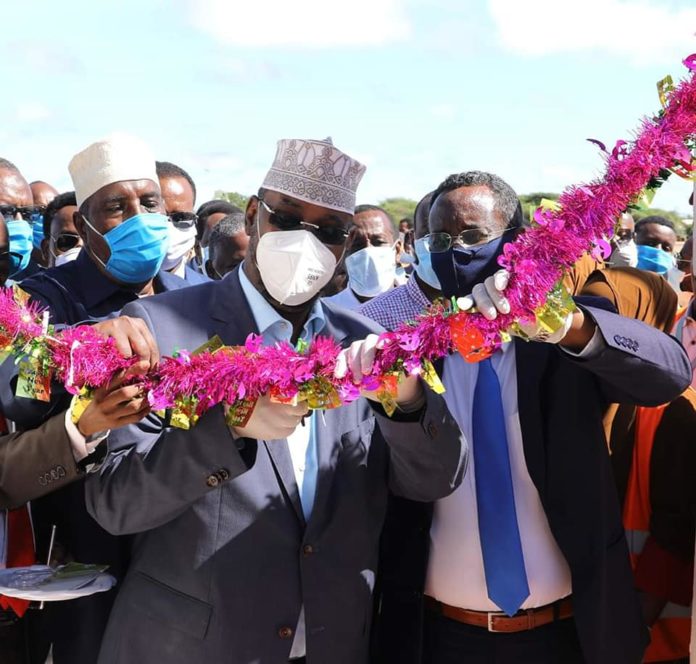 A delegation headed up by Jubaland president Ahmed Mohamed Islam has returned to Kismayo, Jubaland’s administrative seat on Wednesday.

Abdirashid Hidig and Sheikh Dahir who inked a historic peace accord with Jubaland leader accompanied him upon his return to Kismayo.

Officials and throngs of Jubaland supports have turned up at Kismayo airport and greeted the delegation upon arrival.

Somalia’s int’l partners have hailed the reconciliation accord hammered by Jubaland leader and his main rivals.

Hidig who spoke to media outlets has said that they have compromised for the sake of the interest of the public of Jubaland and that of Somalia.

He said that the reason for coming to Kismayo is to implement the terms of the reconciliation accord and its accomplishment.

He urged the Somalia Federal Government to accept Jubaland agreement and called on the SFG to restore the collaboration with Jubaland member state.