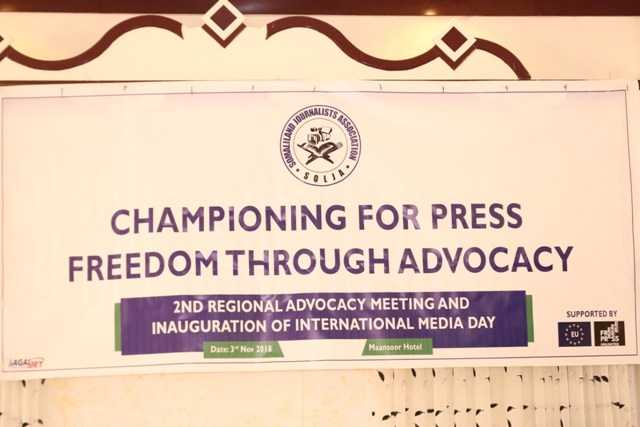 At the end of one day workshop held in Hargeisa at Hotel Maansoor on 3rd November 2018, participants attended the workshop collectively concluded this joint communiqué on the advocacy ending media impunity and inauguration of international day of freedom on the 2nd November 2018 and agreed to uphold the following draft principles as of 3rd November 2018:-