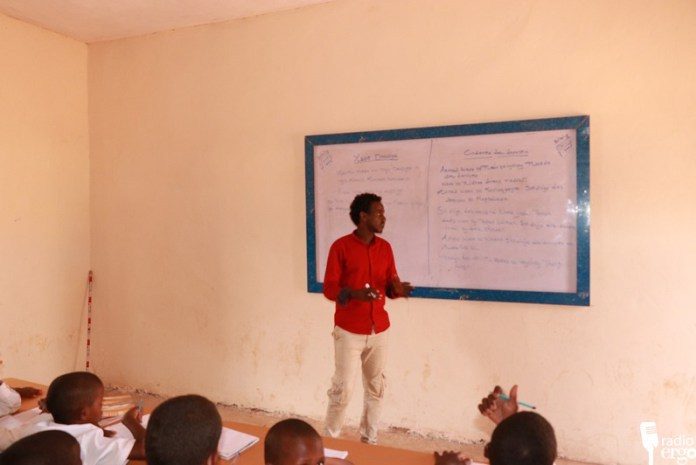 A new model school run by a Turkish aid agency is giving hope to poor families in Togdher region in northern Somalia, thanks to mobilisation by alumni of Turkish universities in the country. Buhodle Education Centre, which opened in September, is offering free education to 400 students drawn from poor families in Buhodle town. Over 80 per cent of these students are orphans. The school, built at a cost of $400,000 over one year, was established by the Deniz Feneri Association, a Turkey-based aid agency.

With a capacity of 700 students, the school boasts 20 fully furnished classrooms, staffroom, and dormitories and is expected to contribute to increasing school enrolment rates in the country. According to the UN Educational, Scientific and Cultural Organization (UNESCO), about 4.4 million children are out of school in Somalia. This is one of the world’s lowest enrolment rates for school-aged children. Mohamud Ali Hassan, the founder of the school and an alumnus of a Turkish university, told Radio Ergo the school aims to channel up to 80 per cent of its support to orphans to ensure students from less endowed families have access to education.

According to Mr. Ali, the school will use the new Somali curriculum released by the Federal Government in July. Students will also have the advantage of learning the Turkish language, which will be taught in the school. “The construction of the facility has been ongoing for one year,” said Ali. “We inaugurated it in September. The school has two departments; boarding school and day school. Our focus is to help poor families in the area.”

Somalia adopted a unified and standardized curriculum for primary and secondary schools this July after over two decades of mixed systems adopted from about 10 countries in the region and beyond. The new 4-4-4 system puts the number of subjects in primary school at seven, in addition to Information Community Technology (ICT). Buhodle Education Centre has ready enrolled 400 fully sponsored poor students with 81 per cent being orphans from the area. Ali said the school employs 24 teachers whose salaries are paid by Deniz Feneri Agency. The school comprises secondary and primary but the only primary is in operation so far.

Amina Mohamed Farah, a widow, has three of her children enrolled in Buhodle Education Centre. “Initially, I did not take my children to school because I was unable to pay the school fees but now my children are enrolled in this school,” Amina, who sells tea, told Radio Ergo. Fatuma Jam’a Hassan said her children have just resumed learning after Deniz Feneri Association took the responsibility to cover their fees. “Due to circumstance and challenges I was facing, my children became drop-outs, because I was unable to pay their fees,” she said.