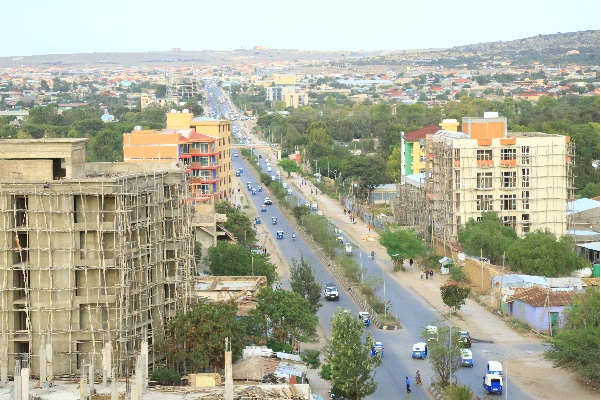 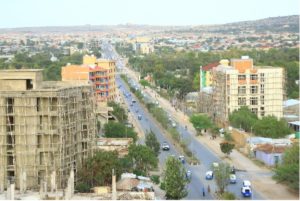 Jigjiga Augus 15, 2018 The recent atrocity in Jigjiga town perpetrated by few individuals does not represent the entire community, residents whose properties were ruined said.

Besides taking lives of citizens and displacing thousands, the turmoil has destroyed financial institutions, public service facilities and business firms of private organizations.

Jigjiga is returning to normalcy after the National Defense and Federal Police forces intervened to stabilize the situation.

Tiga Weldekidan, who resided in Jigjiga for 50 years, told ENA that his hotel was destroyed by few unfamiliar individuals.

“We know that the public is standing along our side and is providing support to the victims” he said and pointed out that “they are few people who have come spontaneously like a wildfire to destroy everything.”

Hotel owner, Askalech Gebremedhin asserted a resident of the community has rescued her life though her property was destroyed.

“It is the Somali people who have rescued 14 members of my family and provided all the necessary support for us and I cannot hate all of them as a whole. We need to verify between the wrong doers and those who were helpful,” she added.

Stating that all Somali’s should not be blamed for the irresponsible act, she urged the government to steadfastly bring the perpetrators to face legal charges and compensate the victims for their loss.

Somali who rescued and sheltered Askalech and others, Shine Yusuf abhorred the incident and felt ashamed of the atrocity.

“The Jigjiga incident was not only a shameful one, but it has also humiliated us,” he added.

Shine called upon his fellow Somali’s to join hands in restoring the town to its usual stability while supporting the victims.

In this regard, he said there is a lot to be done and noted “we, apart from the government’s efforts, must work towards restoring the confidences of the victims.”

Residents suggested the need to organize peace conference to once again restore the peaceful coexistence of the people by closing all the gaps.