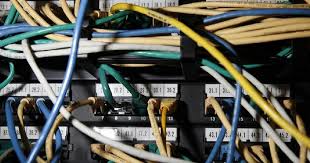 Hormud Telcom said in a tweet that the outage was due to maintenance operations but did not specify when the internet will be back.

It further notified the public that the shut down is due to cable maintenance for unspecified period of time.

It further appealed that the public must bear with them while the trouble will be resolved.

South-central regions are affected by the outage since they depend on the fibre optic cable terminating in Mogadishu. In late July, damage on the sea cable led to a two days internet black-out in major parts of the country.

EASSy Consortium affiliate in Somalia, Dalkom said then it had located the fault at about 27 kilometres from Mogadishu.

Somalia suffered one of its worst internet outages in mid-2017 when major parts of the country went without internet for close to a month. Telecommunications Minister Abdi Ashur Hassan said the country lost an average of $10 million a day as a result of the outage.

He called for investment in additional fibre optic cables to avoid overreliance on one cable.