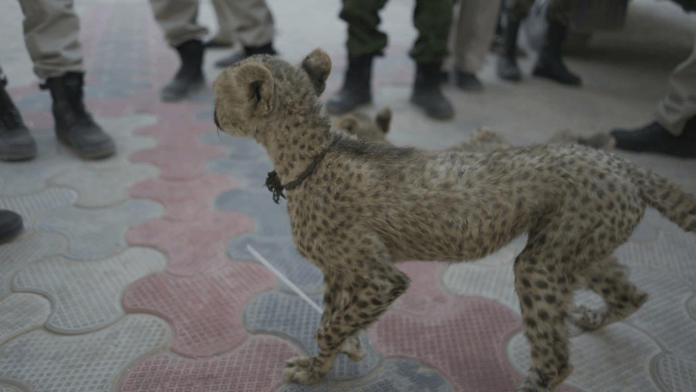 Police confiscated 10 cheetah cubs from illegal wildlife traders and handed over to the environment & rural development ministry on Sunday. Two people who were trying to smuggle the cheetah cubs to Yemen are now under police custody and await to be brought before the justice. Police seized the cheetah cubs from Heedho district which lies north of Hargeisa. The operation which was collaborated by the department of wildlife for environment and rural development ministry officials with the support of police station in Daloodhe saw the nabbing of the two illegal smugglers after receiving hints that led to the capture. The ministry officials said that the suspects were brought before the court for illegal wildlife smuggling cases. The authorities urged the public to conserve wildlife animals. The director general of the ministry of environment promised that the two suspects who are under police custody will be brought before the justice.