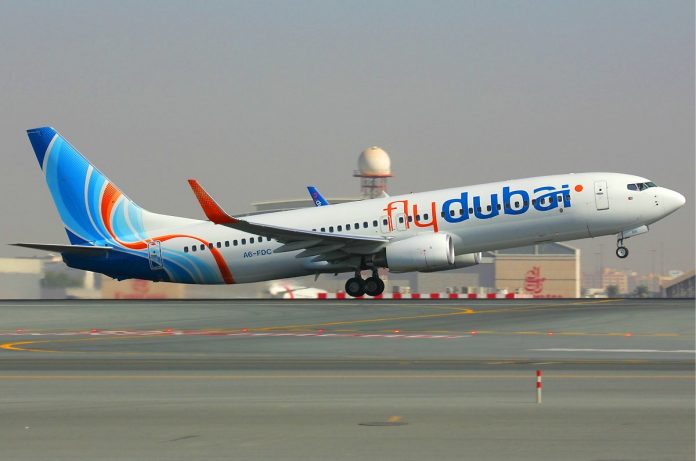 This was informed to Geeska Afrika by the airliners spokesperson a day prior to discussion by the Somaliland council of ministers as pertains rescinding the flight ban imposed on FlyDubai and Al-Arabiya by the Hargeisa based government in March of this year.

According to the spokesperson “flydubai has been gradually resuming scheduled flights around its network since June, and any new routes are published on flydubai.com once approvals are in place. We can confirm that flydubai is currently in discussions with the relevant authorities in Hargeisa and any new updates will be announced” adding that It should be noted that air travel is regulated by the civil aviation authorities for both countries and flydubai fully complies with all regulations.

On the hand  an extraordinary session of the Somaliland council of ministers held in Hargeisa last Saturday which was briefed by the attorney general and director of the civil aviation and Airports authority it was revealed that the flight ban is legal because neither of the two Emirati owned airliners have a formal agreement with Somaliland.

After heated  discussions on the cons and pros of the sanctions the meeting decided that the ban should be continued until legal agreement measures are put in place and applied, that the flight agreement be solidified and that efforts towards such agreement should be putting into consideration the boosting of the country’s economic perspective.

The saga of the sanctions emanated after the two carriers abruptly suspended their flights on orders from Somalia federal authorities in March this year.

The incident involving aircraft registration number A6-FEV occurred on March 19 after the Somali Civil Aviation Authority (SCAA) demanded that the low-cost airline complies with a Somali government ban on international passenger flights. Since the incident, flydubai and Sharjah-based Air Arabia have stopped flying to Somaliland.

The acceptance of this command from Somalia is directly related to subsequent ban order issued by the Somaliland authorities and which is now to remain in place until formal agreements and apology.

If these sentiments by both the government of Somaliland and the management of  fly Dubai indicate anything then it is the fact that a mutually beneficial arrangement is imminent  that is the Somaliland civil aviation authority secures an agreement with an international airline directly as opposed to prevalent status in which flights to Egal airport in Hargeisa are sanctioned in Mogadishu by the federal government of Somalia.

The second importance to the country is a semblance of control of its airspace which remains disputed thus manager by the Somali civil aviation authority with support from UN’s International Civil Aviation Authority- ICAO a big political and sovereignty headache for Somaliland.

For FlyDubai it is access to the lucrative Hargeisa Dubai route.