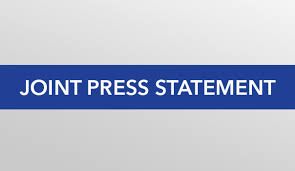 Somalia’s international partners reaffirm their commitment to supporting preparations for the 2020/2021 federal elections.

In order for elections to be held on time, it is essential that an implementable electoral law be adopted as a matter of priority, in keeping with the Mutual Accountability Framework agreed between partners and the Somali authorities in October 2019.

The partners held a series of meetings in recent weeks with key stakeholders in the electoral process including with the National Independent Electoral Commission (NIEC), Speakers of the House of the People and the Upper House, the Upper House Ad-Hoc Committee in charge of reviewing the current electoral bill, and the Somali Police Commissioner who chairs the National Security Task Force responsible for developing the security plan for the elections. Discussions centred around the importance of Parliament adopting an implementable and fundable electoral law in a timely manner, before the end of its current session, and on preparing a plan, including a budget, for the arrangements to secure the elections.

The partners stressed the importance of finding solutions to aspects of the bill that remain unresolved, such as the definition of constituencies, the allocation of Upper House seats, progress in achieving the Somali goal of “one person, one vote,” measures to ensure a minimum of 30 per cent representation of women, voting arrangements and representation for Banadir and Somaliland, as well as other operational arrangements.  They called on the Parliament to finalize an implementable law without delay to avoid a risk of political instability.

Partners have continued to provide technical support to the NIEC to jointly prepare and present options for Somali actors to resolve the outstanding issues in the draft bill.  At the request of the speakers of the two houses, the United Nations has provided a document, prepared jointly with the NIEC, with details of these options for their consideration.

Somalia’s international partners urge that Parliament seriously consider these technical options and agree on an implementable law before going on recess.