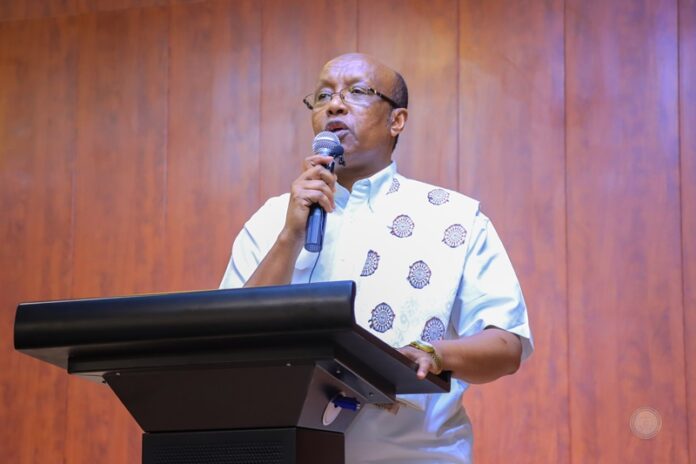 “Members of Parliament have intellectual and Islamic knowledge, hence better, how public perceive”

THT-Speaker of Somaliland parliament Hon. Abdirizak Khalif Ahmed has promised that the House of Representatives will not enact laws that are against Islamic principles, as the article 5 of Somaliland constitution dictates.

The speaker said this during a fast breaking ceremony held for the country clerics at the presidential palace. He stated that the many challenges the country is suffering can be overcome through prayer and supplications to Almighty All Powerful ‘Allah’ God.

Speaking about the Waheen Market fire disaster he revealed that the government is leading in finding funds to support the business communities that lost all their properties. Hon.Abdirizak also highlighted the importance of the hundreds of loaders who worked at the market, their plight have to be considered.

“I urge the business community not to forget the wellbeing of the people who worked under them when they receive their compensation.”

He stated the important role clerics and members of parliament play in the country.

He added that MPs have both intellectual and Islamic knowledge contrarily to assumptions of a cross section of people.

The speaker assured the clerics that they will cooperate and consult with in to enact laws that are in accordance to Islamic jurisprudence.

The speaker confirmed that all laws tabled in parliament will not go against Islamic principles.