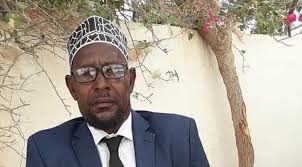 Hirshabelle state minister for disarmament and rehabilitation of militias, Ahmed Omar Gabow, has passed away in Jawhar, the state’s administrative capital on Thursday. The demise of Ahmed was not only serving as state ministerial portfolio but he was also a lawmaker of the state’s parliament. He succumbed to an ailment that he was battling with for the past couple of days. Hirshabelle state president, Mohamed Abdi Ware, has condoled with the family and relatives of the late minister. The late minister Gabow joined the state parliament of Hirshabelle in 2016 as it was the inception of the state of Somalia.