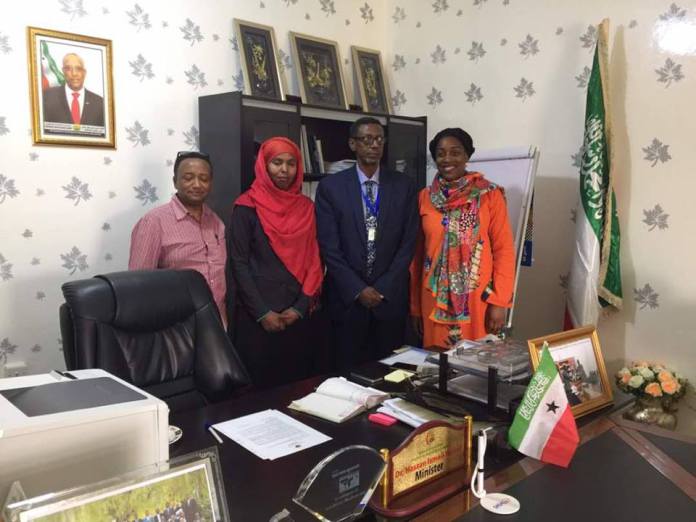 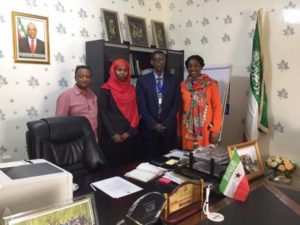 The Health Development Minister, Dr. Hassan Ismail Yusuf met with, Ms. Kate Osamor, a member of British parliament who is paying a courtesy call to Hargeisa. The minister was flanked by SL representative to the UK, Ms. Ayan Mohamud Ashur.

The mission of the visit embarked by Ms. Kate is to assess the DFID allocation to Somaliland health sector. Mr. Kate toured and inspected certain Maternity Centers in Hargeisa to evaluate their health services.

Talks between the minister and Kate focused on how int’l organization funded by DFID carry out health related projects in Somaliland. They also concentrated on issues of maternal and child health and the fight against Female Genital Mutilation better known as the (FGM) which is widely practiced in the country and is believed to be rampant.

Dr. Hasan has reiterated that Somaliland needs the British assistance allocation through DFID which is implemented  on health related projects in the country. The Health development ministry has launched a campaign which was aimed at increasing the health services that it provides to the country

Somaliland is a young nation where most of its citizens do not have a free healthcare as the country’s economy which is generated from revenues taxes collected from its patriotic and law abiding citizens are in its lowest ebb.