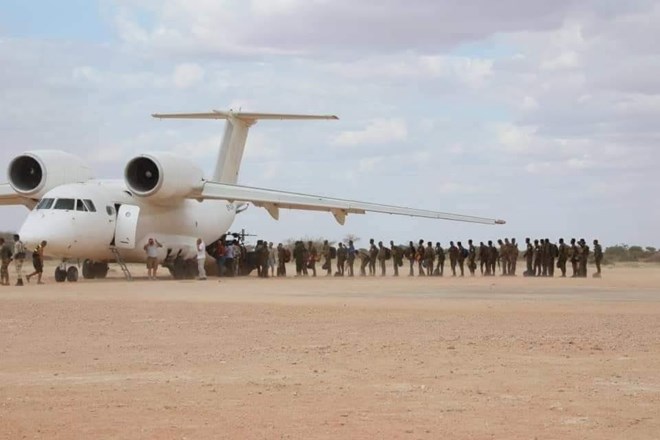 It was a demand made by Puntland and Jubaland leaders that they won’t attend the Consultative meeting unless the police force are withdrawn.

At least 200 police forces have been repatriated by special plane from Dhusamareb and returned back to the capital Mogadishu.

The SFG deployed the specially police trained forces with the aim to pacify the area and oversee the presidential polls in Galmudug where the incumbent Ahmed Qor Qor emerged triumphant.

Galmudug state is gearing up to host the consultative summit which is expected to attend by regional leaders from five Federal member states.T

They will discuss national security, election, stabilization and the completion of the constitution.