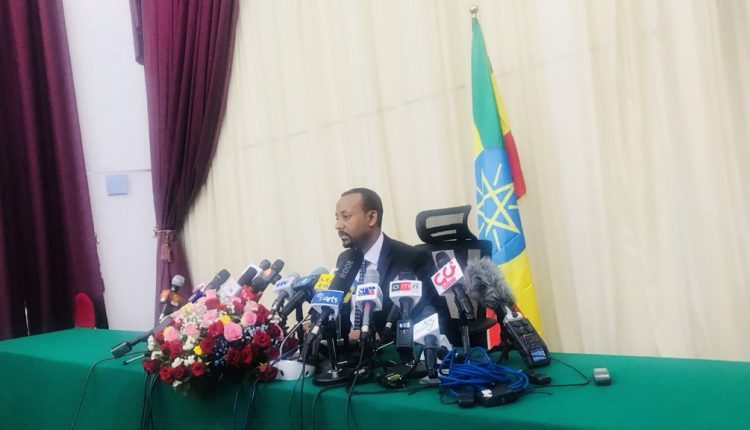 Premier responded to questions raised by reporters drawn from private and state media. 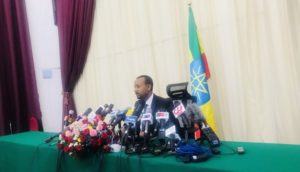 In his presser, the Premier responded to questions raised by reporters drawn from private and state media.

The government would prioritize ensuring rule of law, said while responding to question regarding the unlawful acts being committed in some parts.

However, he said, such kind of acts happen during reforms.

As far as displacement of people in some parts of the country is concerned, the Premier blamed those forces who instigate violence.

The government is trying to bring to justice those responsible for the displacement, he said, underscoring the need to build an institution and produce a society that could foil plan of instigators of conflicts.

The Premier further said that all Ethiopians have the responsibility to stop displacement of people.

Commenting on the problem occurred in Ethiopian Somali regional state, the Premier said there was an attempt to plunge the region into conflicts by attacking residents and nationals of Djibouti.

The situation is improving following the efforts made by stakeholders, the Prime Minister said, adding other regional state should take lesson to prevent recurrence of similar incidents in their respective areas.

People displaced from east Guji zone, Oromia regional state have been fully rehabilitated and there is also improvement in West Guji zone.

Responding to question regarding aid for the displaced, he said all people need to discharge their responsibilities besides government’s support.

As far as delay in revealing investigation results of last June bomb blast and death of Engineer Simegnew Bekele, he said, the investigation needed more time and once completed, the experts are expected to make public the results.

The problem occurred due to miscommunication between the regional state and federal police, he added.

He further said reforms were made on the security structure to enable the defense force, federal police, and security organs to discharge their responsibility and fulfill their mission effectively.

When asked if former Ethiopian President Mengistu Hailemariam was included in the pardon and amnesty granted for prisoners, the Prime Minister said, the Constitution prohibits granting amnesty for those who took part in red terror.