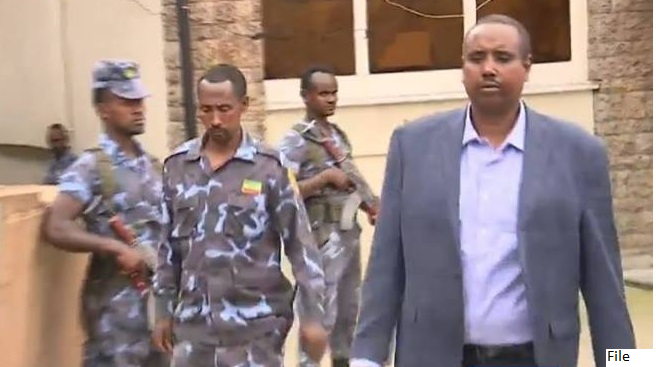 He tried to escape from prison through a window, police told the federal high court today.

Due to health and safety concern, he had been kept in separate office, however, he tried to escape from the office by breaking the glass window and strangling a security guard, police said.