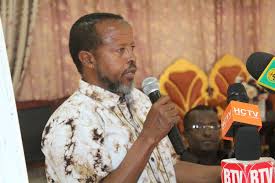 HARGEISA— Somaliland says that it will deport foreign doctors who either came to the country illegally and those whose licences have expired. This was announced by the chairperson of Somaliland’s National Health Profession Commission, Dr. Ahmed Hashi Oday. Mr. Hashi said that 113 foreign doctors who have been operating in Somaliland will face the deportation from the country. The chairman has also asserted that the country will review the private hospitals that are operational in the country. Mr. Ahmed has reiterated that there is strict policy in place which stipulates that foreign nationals who are coming for work in Somaliland be vetted before they are granted the licence to go ahead working in the country.