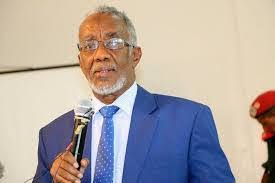 Foreign Minister has rejected media speculations that Ethiopia has shifted its foreign policy on Somaliland, reiterating that PM Abiy Ahmed’s all out support to Somaliland remains unchanged.

“Some may think that Ethiopia has changed its policy on Somaliland or the recent tripartite agreement among Ethiopia, Somalia and Eritrea may have undermined and influenced on Ethiopia’s foreign policy towards Somaliland are wrong speculations”, Said the FM from Somaliland. Mr. Yasin Mohamud Hir Faraton has dismissed the claims that there is no shift of Ethiopian engagement with Somaliland. He strongly refuted Ethiopian newspaper article claiming that the high level meeting between Ethiopian PM Abiy Ahmed with Somali president Farmajo may have pressurized Ethiopia to review its engagement with Somaliland. He said that the report was based on falsehood and is far from the the reality on the ground. He argued that the meetings of Heads of States are normal and may not have a political influence with the existing bilateral; engagement between Ethiopia and Somaliland. He reiterated that Somaliland cannot be underestimated but is a force to be reckoned with in the Horn of Africa. He stated that the incumbent Ethiopian consul to Hargeisa has retired from public life but the office is up and running smoothly.