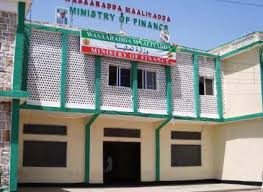 The Ministry of Finance Development of the Republic of Somaliland has organized a workshop to discuss the role of the directors of administration and finance of the Ministries and Independent Agencies which was held in Hargeisa on Thursday.

The purpose of the meeting was to raise awareness of the role of these officials in helping to increase revenue and save on expenses. The role of government institutions was also analyzed in terms of their role in the country’s financial management system, such as budget preparation, revenue collection, monitoring and accountability and how they can play a significant role in the country’s financial management reform process.

This meeting intends on how to improve financial management, and to provide services and projects that benefit the nation.

The Minister of Finance, Dr. Saad Ali Shire, who spoke on the meeting, said that the Ministry of Finance’s core services include revenue and expenditure, including revenue collection, management and monitoring of expenditures, and finally the report.