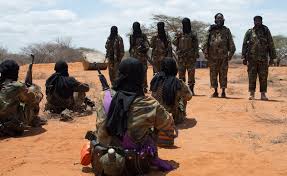 Somali national army forces clashed with al shabab militants in southern Gedo province on Thursday, officials said. The fighting broke out in Burdubo town after al shabab militants launched a raid on a military base manned by Somali national army. Both sides exchanged heavy and light weapons and could be heard from areas nearby. Casualties reported although the number of casualties of both sides have not been confirmed. Somali military officials claimed government forces have fought to hold off the ambush from al shabab and inflicted on casualties during the counter raid. Nur Kadiye Ibrahim, a government official said al shabab attempted to said SNA base and through tip off were aware of the groups covert plan and before they attacked the base, the group was repulsed and later defeated.