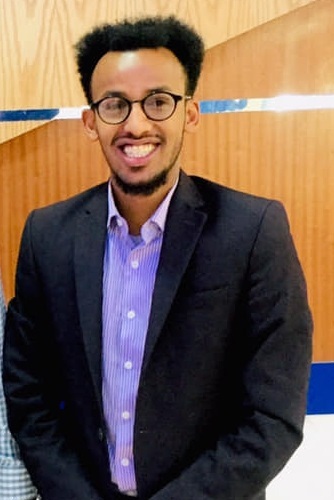 The former British Protectorate in the Horn of Africa, officially known as the Republic of Somaliland is arguably the most democratic state in Eastern Africa, with many success stories that hardly imaginable to happen in the continent, yet the world turned a blind eye on it.

Somaliland with a population of over 5 million has managed to build peace in the flaming and volatile region and maintained the Montevideo criteria of statehood including; defined territory which is built upon the Anglo-Italian, Anglo-French and Anglo-Ethiopian treaties, having a functioning and forceful government which is democratically elected by the people and the capacity to enter into relations with other states.

The concept of Greater Somalia protrudes back to the beginning of the 20th century, and the idea was to unite all Somali speaking nations, comprising regions in which ethnic Somalis live or historically inhabited, encompassing not only Somaliland, Somalia, and Djibouti, but also the North Eastern Province of Kenya and current Somali state of Ethiopia included.

That’s why the blue light flag which was originally comprehended and served as an ethnic flag, has a five-pointed star at the centre, each point representing an area where the Somali ethnic groups have resided.

Although the two entities united as a single nation, British Somaliland and the Italian Somalia were, from an institutional perspective, two separate countries.

Italy and the United Kingdom had left the two with separate administrative, legal, and education systems in which affairs were conducted according to different procedures and in different languages. Police, taxes, and the exchange rates of their respective currencies also differed.

At first, the newly formed parliament of the two united countries promptly created a new Act of Union but it was widely rejected in the State of Somaliland.

As a result of this, in December 1961, a group of Somaliland junior Officers attempted a coup d’état intended to restore the independence of the Republic of Somaliland, however, it was unsuccessful.

That dream of a greater Somalia died after Djibouti received independence from France and refused to join the union, preferring to stand separate and establish their own different country.

Having said that, the NFD and the Hawd & Reserve area remained to be parts of Kenya and Ethiopia, respectively. Furthermore, the union between the other two wasn’t hale and hearty.

That dissatisfaction of the Somalilanders with the Act of Union and power-sharing was a subject that the successive civilian governments ignored and the situation was completely exacerbated when the despotic Siad Barre came to power in a coup following the assassination of President Sharmake of the Somali Republic.

Barre not only politically marginalized Somaliland, but economically deprived their cities, and later on, started killing anyone from these part of the country who spoke against injustice.

That worsened situation derived a group of students, business people, former civil servants, and former politicians to found the Somali National Movement (SNM) which then turned to be an armed liberation front.

In 1991, the Siad Barre regime was defeated by SNM forces. On the 18th of May, at a conference held in Burao; the second-largest city in Somaliland, in which traditional leaders of all clans that dwell the country attended, Somaliland declared its independence and withdrawal from its union with the Somali Republic.

A new journey began, and a series of reconciliation and peacebuilding conferences has been conducted. The peace that Somaliland has been enjoying for almost 30 years is home-grown and completely free from any external influence and intervention.

The country has remained peaceful for thirty years free from acts of terrorism, piracy, and any other form of social and political instabilities.

Although Somaliland is not internationally recognized, the country enjoys symbolic trappings of statehood: it has a national flag, a currency, a national anthem, organized and powerful army with a mandate to defend its independence and territorial integrity, a passport that’s accepted by several countries including the UK, Ethiopia, Djibouti, Kenya, UAE, and demarcated borders which are based on the colonial lines as per the Cairo Declaration on African borders in 1964.

Over the years, Somaliland, lacking any international assistance, has conducted a series of democratic free and fair elections where five different presidents succeeded the office.

Somaliland is also an example of freedom of press and expression. According to the last report of Freedom House, a US-funded organization based in the US, Somaliland is the most freedom country in the Horn of Africa, superior and way better than Ethiopia, Djibouti, Eritrea, Somalia, Sudan, South Sudan, Tanzania, and many other African countries.

An AU fact-finding mission visited Somaliland on the 30th of April 2005 and stayed the country for four days.

They made a thorough assessment of the Somaliland situation and remarked in their report that Somaliland’s search for recognition is historically unique and self-justified, as such they recommended the AU to find a special method of dealing with this outstanding case.

In conclusion, as stated by the AU fact-finding mission to Somaliland, The lack of recognition ties the hands of the authorities and people of Somaliland as they cannot effectively and sustainably transact with the outside to pursue the reconstruction and development goals.

The will of the people has to be respected and their accomplishment deserves to be rewarded, but it is never too late. Somaliland’s recognition could be a potential antidote to the problems of the Horn of Africa, and to that of their neighbouring Somalia, in particular.

OPINION WRITTEN BY ISMAIL YUSUF ADAN,  a Graduate student at the University of Nairobi