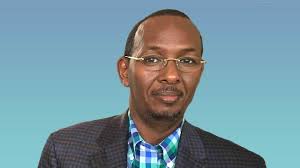 The former NISA director, Mr. Abdilahi Sanbalooshe has called on Somalia Federal Gov’t to acknowledge the past atrocities committed against Somaliland people as genocide. The ex-NISA director has said that having the Southern Somalia failed to set its house in order, then we have to let Somaliland go and be free. Mr. Sanbalooshe has let the cat out of the bag by saying unequivocally that Somaliland was alienated from day one when the South and the North was about to merger to form the greater republic of Somalia. He has stated that Somaliland has achieved to form a functioning administration and won’t be held in limbo as there is no centralized govt in the Southern Somalia. The ex-NISA director went on to say that we the Southerners must inform the world that until we form a central gov’t with currency and army, we should let Somaliland to go. He also spoke of any issues that would be raised during Somalia-Somaliland talks. He said that any future talks between the two sides, Somalia must publicly take full responsibility of the atrocities that were subjected to Somaliland populace. He added that those who are alive and are implicated in the atrocities committed against the people in Somaliland must be tried as war criminals. Mr. Abdilahi is the first official that has held public office in Somalia’s Federal Gov’t who has made the new revelations by urging the current Somalian gov’t to recognize the crimes committed against Somaliland people as genocide.