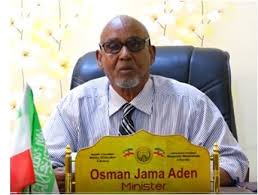 The education minister’s body guard on Tuesday has opened fire which left unarmed civilian man to sustain injuries. The incident is reportedly taken place at Dhubato which is part of Laas Geel district in Sahil province. Laas Geel governor has confirmed that the shooting of the minister’s body guard has injured one person. The minister of education, Hon. Osman Jama Aden, was leading a delegation who was heading to Burco, Togder’s provincial capital when the incident has transpired. The man and the body guard engaged argument which led the minister’s security guard to use his pistol and fire live bullets towards the civilian.