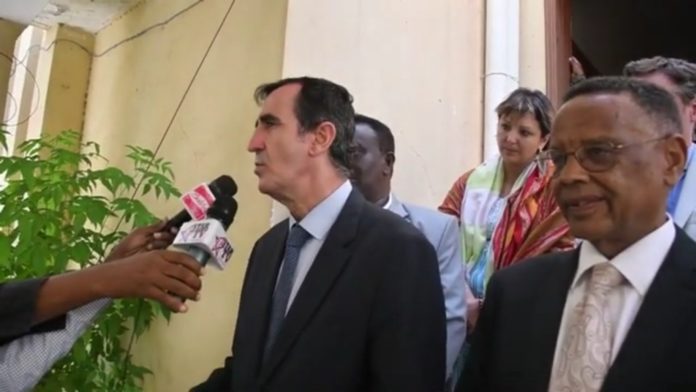 A Germany delegation, currently in Somaliland and led by the Ambassador to Kenya, Annet Gunther has met with the Speaker of the House of Representatives, Bashe Farah and senior parliamentarians.

The two parties discussed the parliament and local elections scheduled for later this year and the current state of readiness by the Somaliland National Elections Commission (NEC).

The Somaliland House of Representative which has been sitting for more than 9 years after it’s original mandate expired in 2010, are yet to legislate an elections bill and have not addressed the issue of the representation within the chamber.

The parliament currently consists of 82 members, as mandated by the Somaliland constitution. However, since the last parliamentary elections in 2005, the population has increased substantially and since there has been no census conducted, it makes sense to increase the number of seats to facilitate the change in population density.

However, that would require amending the constitution, and neither the House of Elders, nor the Somaliland House of Representatives have the mandate nor the willpower to address the issue.

The dispute between the Somaliland political parties pertaining to the NEC and other elections issues continues to simmer, and neither the administration of President Muse Bihi Abdi nor the main opposition party, Waddani, are in a mood to make concessions.

Germany is one of the many EU countries that support Somaliland on democratic programs and good governance.