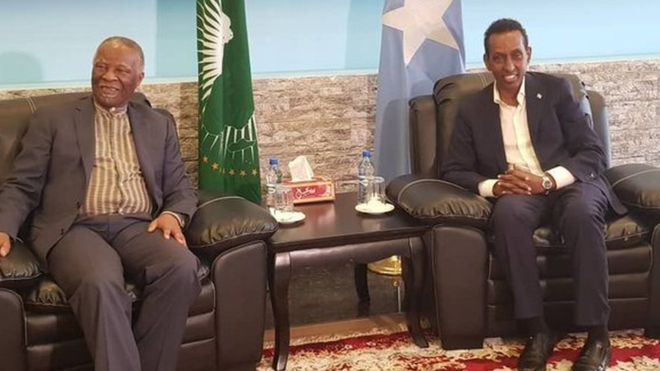 The AU team will so hold talks with the deputy Somalian PM, Mahdi Mohamed Gulied,a mercenary hailing from Somaliland who has been brainwashed with the Somali unity ideology.

The AUHIP visit is expected to last for two days and will meet with Somali civil society, IGAD, AMISOM and UNSOM.

The AU delegation met in Kenya with its leader, Uhuru Kenyatta and its foreign minister, Ms. Monica Jumma in Niarobi.

Somalia and Kenya are engaged in water territorial dispute where Somalia filed its case at the ICJ.

Kenya recently announced that it will recognize Somaliland if Somalian authority in Mogadishu insist on the issue to be decided by the ICJ rather than resolving the spat on diplomatic talks.