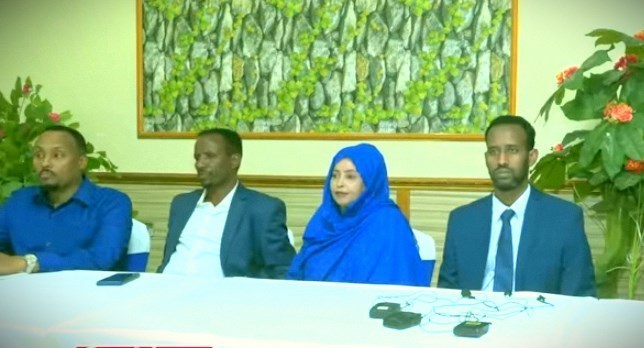 Somalian legislators said that Farmajo is responsible for economic strangulation of Somaliland people by Villa Somalia authority. The Somali lawmakers hailing from Somaliland have condemned with the strongest possible terms a covert agreement reached between Saudi Arabian authority and Mogadishu installed gov which is aimed at undermining Somaliland livestock trade with the Saudis. “Pressure was put on Somaliland traders ever since Farmajo, the Villa Somalia president assumed office.” said the parliament  members. Mr, Hussein Arab Isse, a member of Somalian parliament announced in a press conference held in Mogadishu yesterday that the Somali Federal Gov that aid agencies that used to conduct humanitarian assistance were stopped due to orders by Villa Somalia.

The Somali Federal Members have refuted the statement from the so called Somalian Deputy PM, Mr. Mahdi who said that the SFG facilitated the offloading of the stranded cargo ship from Somaliland which was stuck at Jiddah port for a couple of weeks.

The MP’s have revealed that the SFG did not have any involvement whatsoever in the permitting the ship to unload. The lawmakers have also denounced the formation of national reconciliation committee appointed by the leader in Villa Somalia to work towards the resumption of the stalled dialogue between Somaliland and Somalia. They have said that members who were in the committee committed human rights atrocities in Somaliland during Said Bare regime.