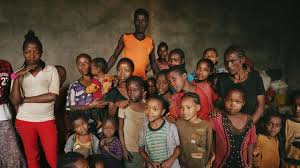 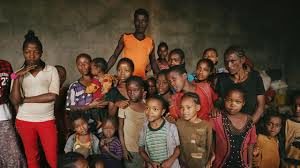 CHELELEKTU, Ethiopia – Shiburu Kutuyu, a 45-year-old Ethiopian maize and coffee farmer, was jolted awake by gunshots one night in June. He told his wife and seven children to flee.

They returned to find their mud-walled home had been burned down, but no sign of Shiburu. Eleven days later, fellow farmers found his body hanging from a tree, his severed limbs strewn on the ground.

“A mob of Oromo youths killed him in the most gruesome manner,” Shiburu’s brother-in-law Mulugeta Samuel told Reuters from one of the dozens of camps in southern Ethiopia filled with people who fled violence between two ethnic groups: the Oromo and the Gedeo.

A surge in ethnic violence, sometimes in the form of mob attacks, has displaced nearly 1 million people in the past four months in southern Ethiopia and is inflaming bad feeling between ethnic groups in other regions.

The violence threatens to undermine Prime Minister Abiy Ahmed’s calls for unity in one of Africa’s most ethnically diverse countries. It also overshadows the popular liberal measures he has announced since coming to power in April.

Some observers say young men from Abiy’s ethnic group, the Oromo, have been emboldened by his rise and are attacking other groups in revenge for years of marginalization.

Ethiopia’s security apparatus is in a state of flux since Abiy announced reform plans, said Asnake Kefale, an assistant professor of politics at Addis Ababa University. “Some individuals have taken advantage of this state of affairs,” he said.

He mentioned the so-called “qeerroo”, a term used to describe young Oromo men involved in the protest movement over the past three years that culminated in former Prime Minister Hailemariam Desalegn’s resignation.

Some people who fled their homes still feel federal government and local authorities are failing to halt violence against them.

Tihun Negatu escaped an attack on her village in June. She and her two children have been living in a school converted into a shelter, wearing the clothes they fled in.

“The government is not willing to bring them to justice,” she said of the Oromo men who chased her farming community off its land, and burned down her home and a bar she ran.

The government denies turning a blind eye. Federal disaster management chief Mitiku Kassa said a committee of ministers and regional officials has been formed to oversee rehabilitation and reconciliation efforts.

He told Reuters nearly 400 people in Oromiya have been arrested on suspicion of inciting violence between Gedeos and Oromos. “If not stopped altogether, such incidents are very dangerous for the country as they may spread,” he said.

The government has urged elders in both communities to seek reconciliation. Townhall meetings have been taking place regularly though they have not halted the violence.

Officials in camps visited by Reuters last week said about five children die every day due to illness and hunger.

Plans to return displaced populations to their home areas triggered protests this month by people who said their safety was not guaranteed.

One of Abiy’s boldest moves has been to loosen the grip of a state that had ruled with an iron fist. He has said security forces must be reined in, emergency rule has been lifted and thousands of political prisoners released.

Abiy, 42, rode the wave of anti-government unrest that originated in his Oromiya region. He was appointed by the ruling Ethiopian People’s Revolutionary Democratic Front (EPRDF) as it sought to ease ethnic tensions and appeal to disaffected youth.

The sweeping changes, however, have lifted the lid on historic conflicts over land, resources and local power. Underlying ethnic divides have also flared.

The Gedeo who have lived as minorities in modern-day Oromiya for generations say that although they have been subjected to violence by Oromos in the past, the worst attacks began a day after Abiy took office.

Since then, Abiy has toured Ethiopia extensively, but not visited the areas where the Gedeo and Oromo have been fighting.

He says unspecified “forces with the goal of undermining peace and unity” are to blame for the violence. But some critics say he has avoided tackling the issue head on for fear of alienating his Oromo base.

“It is difficult for the people to rely on your rhetoric unless you practically toil to bring lasting peace for all Ethiopians irrespective of their ethnic or religious background,” a diaspora group of Gedeos wrote recently in an open letter to Abiy.

In a statement this week he acknowledged the mob nature of some of the violence: “Changes have … brought mob justice, fueled by some segments of the youth in some areas, undermining rule of law.”

The prime minister, who has a doctorate in conflict resolution, has enjoyed wide support since coming to office. Stickers bearing his face are plastered on many vehicles in Addis Ababa and other cities.

“He will not want to rock that boat,” said a Western diplomat in Addis Ababa, referring to the positive response Abiy has received since taking office after three years of street protests in which security forces killed hundreds of people.

“But he risks further destabilization if he does not lay down the law.”

The violence in southern Ethiopia is one of several ethnic-based disputes nationwide.

Tens of thousands remain displaced by violence along the border between the Oromiya and Somali regions. Oromos accuse a local Somali paramilitary force of atrocities.

This month, mobs looted properties owned by minorities in the Somali region’s capital Jijiga. The federal government said unrest had been stoked by regional officials who had fallen out with authorities in Addis Ababa.

Other incidents, though isolated, show the risks of mob retaliation.

Earlier this month a man was lynched and left hanging upside down in a public square in the Oromiya town of Shashemene by a mob who wrongly suspected he was carrying a bomb. Police stood by idly, according to an eyewitness.

In June in the southern city of Hawassa, several men from the Wolayta ethnic group were burned alive by members of the rival Sidama ethnic group. According to witnesses interviewed by Reuters, the men were targeted in a push by Sidamas to form their own region.

The violence raises questions about the structure of the state: a federal republic where regional boundaries were redrawn on ethnic lines in 1994.

Seizing power after a long guerrilla war, the EPRDF said the arrangement it would empower marginalized ethnic groups after centuries of domination by Amharas.

“The ethnicized nature of our politics has emphasized our differences for the last 27 years,” said opposition politician Lidetu Ayalew. “We have to find a way out of this if this country is to remain intact.”