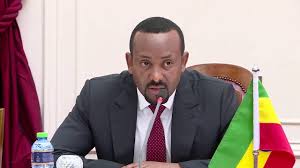 The report issued last November has accused him of showing little interest to the ongoing peace process in South Sidan.

The report has accused Abiy of fueling the fire in Somalia’s instability.

In South Sudan, Igad brokered a comprehensive peace accord in September but it is alleged that Abiy’s government, Uganda and Kenya dragged their feet in ensuring the implementation of the deal.

Ethiopian envoy to Kenya Meles Alem has dismissed the UN report allegations and said that the it lacks the basics of truth.

He argued that Ethiopia’s foreign policy is committed not to interfere the internal affairs of neighboring countries.

He said that Ethiopia’s deployment of peacekeepers to Somalia follows available regulations.

The UN report has alleged that Ethiopia had meddled the elections pf South West State Somalia.