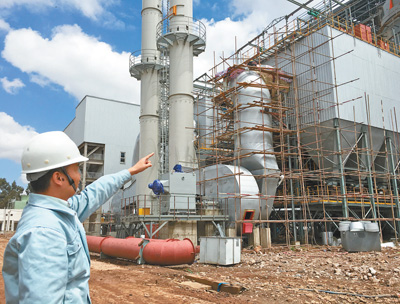 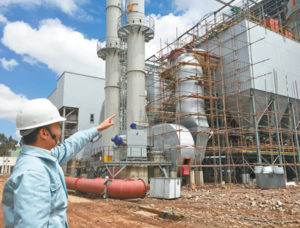 Africa’s first waste-to-energy plant constructed by China was officially completed on Sept. 5, 2018. The garbage power plant, located in Addis Ababa, Ethiopia, is the first cooperative project in environmental protection between Ethiopia and China.

The project was contracted by China National Electric Engineering Co., Ltd. (CNEEC). It has two systems which can each dispose of 600 tons of garbage on a daily basis, two 25-MW generating units and one single busbar booster station.

While alleviating the electricity pressure in the city, the waste-to-energy plant can also treat 437,500 tons of garbage every year.

Ethiopian President Mulatu Teshome said it was a project of major social significance. The Ethiopian government hopes the commissioning of this project can turn a growing urban menace into an economic boom, he added.

Most African countries suffer from electricity shortages. According to recent research by China’s University of International Business and Economics, the number of power plant projects undertaken by Chinese enterprises in Africa between 2010 to 2020 may exceed 200, with their total capacity reaching a potential 170,000 gigawatts.