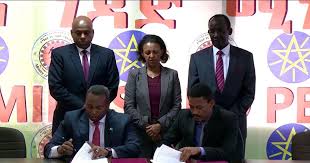 Up to 2,000 fighters have now disarmed and are preparing to reintegrate into society.

Former rebels belonging to Ethiopia‘s Ogaden National Liberation Front (ONLF) are going through rehabilitation after recently returning to the country from bases in the neighbouring countries.

The reintegration process forms part of a peace deal reached with the federal government.