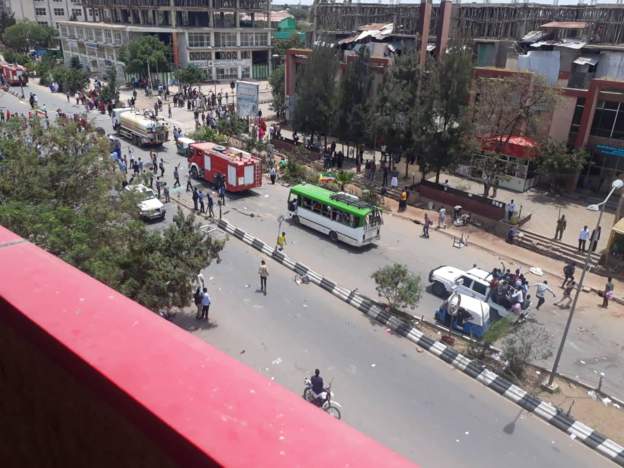 JIGJIGA–Opposition members of Somali state region in Ethiopia call on residents to remain calm and observe peace and stability. They also urged traditional elders to be part of those working towards the restoration of stability and resolve the problems that the residents are confronted with. The opposition said that they are happy with the federal military intervention into Somalia’s regional state. Rowdy residents have started looting banks and other stalls in the city as far as the tension remains high. The biggest church in the city has been attacked and set on fire as smoke was seen coming from the it. Hundreds reported to have been injured in clashes with military and there is no law and order in the city. Ethiopian military took control of the presidential palace, parliamentary building and the state owned television,  ESTV in Jigjiga. Reports confirm that the military with battle wagons were seen patrolling the city’s main streets. The occupation of Federal military takeover of Jigjiga is due to the row between Somali regional State president, Abdi Iley and the Prime Minister of Ethiopia, Abiy Ahmed. The parliamentary speaker of Somali regional state in Ethiopia said that this is a coup led by the Oromo ethnic community. The situation in Jigjiga, the capital of Somali state in Ethiopia remains tense. 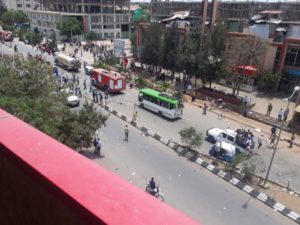