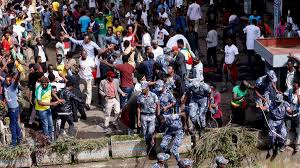 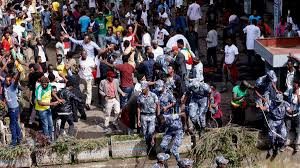 ADDIS ABABA, Ethiopia (AP) – Ethiopia’s attorney general has filed terrorism charges against five people accused of trying to “kill the prime minister” at a huge rally in the capital in June.

The charges filed Friday say the five acted on the premise that reformist Prime Minister Abiy Ahmed is not popular among Oromos, Ethiopia’s largest ethnic group, and wanted to pave the way for the once-banned Oromo Liberation Front.

The group’s leaders recently returned after Abiy’s government invited all exiled groups to participate in politics.

A bomb thrown at the stage while Abiy waved to the crowd killed two people and wounded more than 150. Some collaborators remain at large, the state-affiliated Fana Broadcasting Corporate reports.