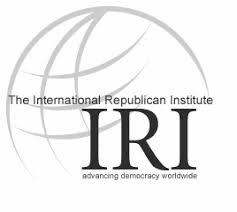 HARGEISA– The most controversial legislation in Somaliland was the Sexual Assault law.

Revelations have revealed that two organizations based in Somaliland have made much to push for the approval of the Rape law which sparked an outcry across the country.

What the irony is that the public did not have much information in regard to the law which was on the pipe line.

An investigation conducted by a scholar who requested anonymity have confirmed that Baahi Kaab, a Non-Governmental Organization has done its best to push the law forward.

The local organization has gone to the dogs after it has been confirmed that it has given kick backs and bribed members of Somaliland’s House of National Assembly to rally their votes behind the Sexual Assault Law.

The organizations have targeted to most powerful and very outspoken MP’s in the House.

Baahi Koob became a familiar organization within the House of National Assembly in Somaliland.

MP’s who were against the passing of the Rape law was approved while they were on performing Hajj.

Another organization by the name of IRI which is based in Somaliland is also a lobbyist organization and will shelve a law on HIV/AID’s.

The Lower house of Somaliland parliament which has expressed its dissatisfaction of the upper house for hastily passing the law by introducing clauses that are against the Islamic tenets.

The Head of State has also signed it into law.