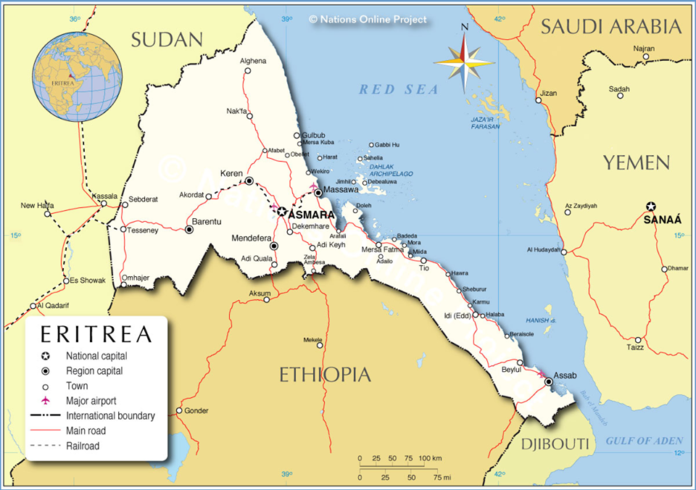 22 Apr 2019 (EP) – Eritrea has closed the final crossing route with Ethiopia that opened this year after the former rivals made peace and restored relations.

The Debay Sima-Bure crossing that leads to Assab Port is closed today without any notification from the Eritrean side.

Last week, the government of Eritrea closed the Omhajer-Humera crossing on the south-western tip of the two countries border.

The two countries unregulated common border reopened on September 11 after 20 years when the hostility ended in July 2018 after the previous Ethiopian regime, TPLF lost its power in Addis Ababa and retreated to its strong-hold Mekelle City.

The border was bustling once again, revitalising frontier towns and allowing the countries’ long-estranged populations to reacquaint themselves. However, the unregulated trade at the border, where there appeared to be little customs or immigration controls, risked opening a “shadow monetary front”.

The exchange rate (1 Eritrean Nakfa currency to 2 Ethiopian Birr) was being governed by largely speculative perceptions from both sides of the border.

Meanwhile, the ‘ultra’ secretive Eritrean government decision has caught the Ethiopians off guard. A spokesperson for Ethiopia’s Afar region says it is not clear why Eritrea closed the Assab crossings to Ethiopians.

Nevertheless, Eritrean troops and heavy duty machinery are working seven days a week from Senafe and Assab to the border areas to upgrade the Serha-Zalambesa and the Assab routes.

The ground works as well as the regulatory trade framework is expected to be finished in the near future.