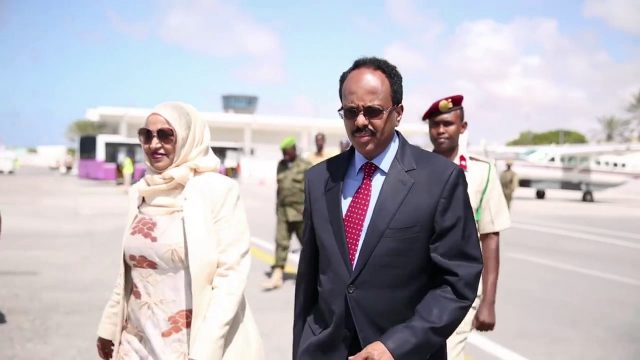 Mogadishu– Somalia president, Mohamed Abdilahi Farmajo leading a high powered delegation leaves for Egypt today in order to attend a meeting for the African Union (AU) which is about to take place in Cairo. The agenda of the meeting in Egypt will center on the recent change of guard in Sudan and ways to end the political unrest facing Sudan. The Somali government has not forgotten the support that Sudan government and its people provided to Somalia during the turmoil is now giving priority to final political solution to end Sudan’s political chaos. The president of Somalia will hold talks with African Union leaders and Sudan junta that assumed power which will be attendance of the summit. Mr. Farmajo will make clear to Sudanese government the stance taken by Somalia government and its people