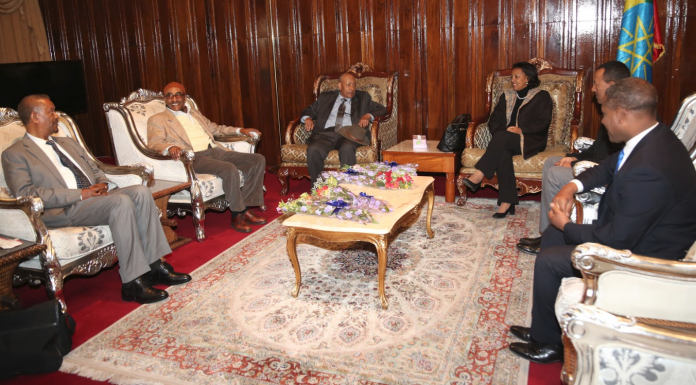 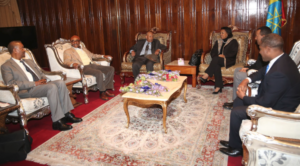 Addis Ababa  September 22/2018 Leaders of the Ethiopian People’s Revolutionary Party, who have been in exile for years, have returned back to Ethiopia this morning.

EPRP Chairman Mersha Yosef said that EPRP which once inspired the youth since its establishment will pursue its struggle peacefully.

“We are grateful for the change that has brought us back home and we are ready to contribute our part,” Mersha said.

Mentioning that members of the party had been forced to flee the country, he emphasized that bold moves towards embracing all and sustain democracy has to continue further.

EPRP Spokesperson, Engineer Solomon Gebresilasse said that his party has welcomed the call for pursuing peaceful struggle and be part of the reform for the betterment of Ethiopia.

He stressed “we will do our part to support the government in maintaining rule of law and securing safety of citizens.”

The EPRP, is the first modern political party in Ethiopia, established in April 1972, in which its first political program called for the overthrow of the monarchy and the creation of a democratic republic.

The Marxist party was forced into clandestinity because the monarchy, headed by Emperor HaileSelassie, did not allow political parties or legal dissent.

EPRP was an enthusiastic supporter of the Ethiopian Revolution that toppled Emperor HaileSelassie and abolished the monarchy in 1974.

However, ideological conflict developed between EPRP and the military junta and other political groups, following the rise of Mengistu Haile Mariam to power as chairman of the ruling Derg.

The EPRP declared open an urban warfare against the revolutionary government in 1976, which led to the death of officials at different administrative levels and civilian supporters.

EPRP’s campaign was targeted assassinations against the Derg and its civilian collaborators, which included a rival Marxist organization with similar aspirations: the All Ethiopia Socialist Movement (Meison).

The regime responded to EPRP’s assassinations by declaring a “Red Terror” of extrajudicial revolutionary violence as official state policy.

The climax of the terror occurred between 1976 and 1978, two years during which public killings became a normalized aspect of Ethiopia’s revolutionary situation.

It led to the death of tens of thousands of Ethiopians, in addition to many more who were subjected to torture, exile, and other forms of violence.