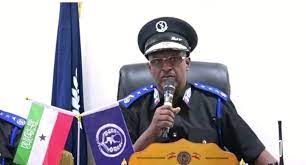 Kasim Sulieman, a candidate who is vying for Somaliland’s House of Representatives from Sool province has talked about his recent captivity by Somaliland security forces.

The candidate said that his police custody was illegal and a terrible mistake for the current SL administration.

He revealed while in prison that the security forces have denied to have access to the medical treatment.

He also said that he was labeled as a terrorist.

Qasim claimed that SL security forces stationed in Sool region have mixed with politics and is a staunch ally to the ruling Kulmiye party.

Kasim thanked Wdani top brass for the unwavering support as well as putting a lot of pressure on the government to secure his release.

SL opposition political parties have condemned the apprehension of their candidates.

The two parties described the move as provocative.

The government of Somaliland strongly defended the arrest of candidates.

Government accused of treason although the detained candidates have been released from police captivity.

SL National Human Rights Commission and Election Commission have separately warned and further instructed the security forces to avoid detaining candidates and must respect their immunity.